According to a media release from the PGA Tour of Australasia, the Vijay Singh led redesign of Fiji’s Natolda Bay golf course is underway and on track for completion prior to the August staging of the Fiji International Professional Tournament.

From the release comes the following summation of the project:

Building a reputation as a picturesque and challenging layout, which requires an abundance of shots to be played successfully, by Professionals and amateurs alike, Natadola Bay Championship Golf Course is enjoyed by everyone who plays it.

However it’s receiving a makeover thanks to Fiji’s own and three time Major Champion, Vijay Singh, who was involved with some of the course’s original design.

His vision is to take the bones of an exceptional layout and finesse the finer details so that it can reach its full potential.

Speaking post tournament in 2016, Singh wasted no time in putting forward his ideas for the re-design.

“I started on Monday after the tournament. The architect came with me and we’re going to do the first eight holes and probably six and seven greens,” Singh said at the time.

“We will look to re-do the greens, some of the fairways and some of the bunkers to make it more playable.”

Since then the scope of the redevelopment has expanded with some element of work being done on 15 of the 18 holes.

“It always was a very good course. But in the last month of the original build an enormous storm compromised the design with a number of the greens being washed out meaning they weren’t built as was originally designed,” said Andrew Langford-Jones, the ISPS HANDA PGA Tour of Australasia Tournament Director for the Fiji International.

“This redevelopment is going to be a dramatic improvement on what was already a good course.”

Worryingly, for those who dread the 'fair' word and feel the views of Professional golfers are given too much weight when considering how golf courses play, the following statement from Langford-Jones confirms that the annual PGA event was the real driver for change at Natolda Bay.

“After three years of playing tournament golf it was obvious that some changes needed to be made and they are being made now.”

“For the Pros, I think it will be a fairer test of golf. Some of the ridges in the greens have been eliminated which has resulted in more pin positions on each green,” added Langford-Jones.

“But the best thing to come out of the re-design is that the greens are friendlier to players of all standards.

“The jungle is still the jungle; it has been cut back in a number of areas which will also make it easier for amateurs. Plus the landing zones have been significantly increased in area so it is much more user-friendly for the amateur golfer.

“Anything that sees the Pros shoot 10-under to win a tournament is a definite challenge and for the amateur golfer it will be excellent fun.”

Langford-Jones confirmed that the course changes were on schedule, and due for completion in time for the August tournament. He also mentioned that many of the new holes won’t open for public green-fee play until after the professionals have taken first divots. One hopes for the sake of the golf course and its owners, that Vijay’s changes prove more popular than those made by other major champions elsewhere. 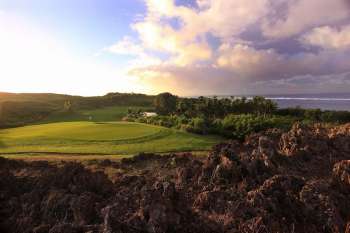 After 2 decades of decline, Aussie golf memberships jump in 2020