News from the UK last week, included the extraordinary vote of Wimbledon Park golf members to accept a giant offer from the All England Tennis Club to take over their 73 acre property.

The golf club’s current 750 members are set to share in the £63.75M windfall, earning a cool £85,000 each after tax. Three years ago they were apparently offered around £25M from the tennis club. Given the golf club lease is set to expire in 2041, they were advised that this was a full and final offer, and that the land would be lost to golf anyway down the track if they voted to reject the buyout.

Wimbledon’s ambitions of trebling its space for the high point of the tennis summer came down to old-fashioned pragmatism and money on Wednesday night as members of the adjoining golf club decided to share equally a £63.75m offer for their precious 73 acres.

The club will decide finally in December whether or not to accept the once-and-for-all bid by the All England Club, which owns the dwindling lease. As a Wimbledon member remarked: “This is their Brexit. They have to make a call one way or another – in or out.”

Annual membership at Wimbledon Park, after a joining fee of £3,000, costs up to £1,450, no hardship for the likes of Piers Morgan and Ant and Dec. But the delicious dilemma for all of them was an obvious one: take £85,000 each after tax and withdraw to a nine-hole course at the rear of the property, or maintain the status quo until the lease expires in 2041 – and blow £63.75m.

Mick Desmond, Wimbledon’s commercial and media director, said earlier in the day at a business summit in London: “We have a fantastic site but we would like to create a bigger site. We believe we would become a much bigger, more prestigious event by getting that land but also giving something back to the community. We obviously think it’s a very fair bid.”

Philip Brook, the All England Club chairman, said: “What we’ve been very clear with the golf club and their advisers is we’re not going to do this again. We’ve really pushed ourselves financially. There’s a lot of money on the table. It’s a declining asset because in 2041 the land reverts to the All England Club for free. This is money just to accelerate the process by 20 years.” 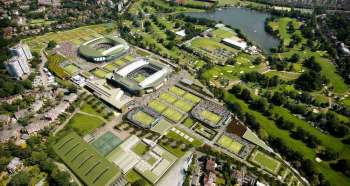