Established in 2010, the Scandinavian Golf Club is a quality 36-hole private facility in the suburbs outside Copenhagen. Both the Old and New Courses were designed by Robert Trent Jones Jr.’s company, led by its President Bruce Charlton. Charlton was the principal architect on this project and chiefly responsible for laying holes across an attractive 500-acre forest, preserving the natural environment as much as possible along the way.

Thanks to his efforts, and the strict supervision of the founding partners in the club, current day members enjoy their golf in a mostly pristine, and very pleasant, setting. The club is noted for its immaculate turf standards, attractive golfing features and sound environmental stewardship. It’s also home to one of the great golf clubhouses in this part of Europe.

On course the design is hardly groundbreaking, especially for those familiar with the vast Robert Trent Jones Jr. portfolio, but the expansive sand complexes, ever-present water hazards and sharply contoured greens do make for fun golf. There are plenty of heroic water carries to attempt, and numerous occasions, across both courses, where large sand traps block otherwise straightaway shots. Some will tire of this tactic and others revel in having to constantly take risks.

Despite opening within a year of each other, the Old Course has a more mature feel than the New and is slightly more effectively bunkered. Green side traps, for example, tend to be arranged to eat more into the line of play for those coming from conservative angles. The sharp doglegs aren’t ideal, but the right-angle 9th has a nice green entrance and fun putting area. As does the tiny dropkick 8th, one of four short holes with water in play. Mercifully each is set up differently, and most amateurs will no doubt enjoy hitting the shots demanded here.

The biggest knock on the New Course is that on several holes the advantage given long bombers who can carry all the trouble is disproportionate to the risk involved. Certainly the likes of the long par four 6th would be much better with the bunkers arranged up the right-hand side, rather than eating across the fairway. It’s not the only hole where shorter hitters have to tack around a group of hazards, and in each instance very good holes would have been improved with a more democratic arrangement that forced sound strategic play from all standard of golfer.

Highlights of the New Course include the bunkering and green sites, the well constructed short par four 15th, which resembles a similar hole at Loch Lomond, and a very good set of par threes. The 13th is the longest and heads into a natural amphitheatre green, while the 2nd plays attractively into a saddle and the 5th toward a cleverly contoured right-to-left target.

Little separates the Old and New Courses at The Scandinavian Golf Club and a round on either is a real treat. Both are fun, flow nicely from hole to hole and rank among the best few layouts in this part of Europe. The facility itself is top-notch. The Henning Larsen-designed clubhouse functions superbly and is a thing of genuine beauty. It’s no surprise, therefore, that keen Danish golfers love this place. 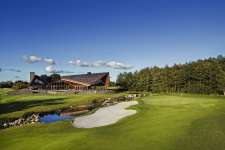 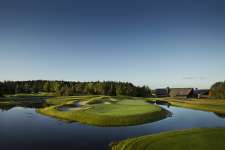 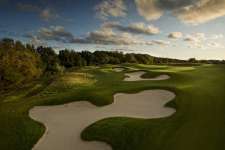 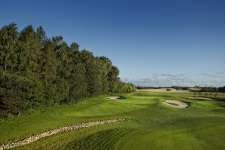