A controversial tournament venue on the outskirts of Paris, the Albatros Course is the centerpiece of Le Golf National which was created to be the home of the French Golf Federation. That Federation's General Director was Hubert Chesneau who consulted with Texan architect Robert von Hagge during the project but later claimed to be personally, and almost solely, responsible for the design of the famed venue. As von Hagge's company was contracted by the FFG, they apparently sued the organisation for credit shortly after opening. Although we are unsure of the outcome of any legal dispute, we can't help but wonder why they even bothered – so underwhelming is this golf course.

Created as a TPC style pay-to-play facility with plenty of water and lots of dramatic tests, the course is held back by formulaic design ideas and a poor routing. This is very much your typical 'can you or can't you' style of design, the golfer rarely needing to think their way through a particular shot or shot options, but rather be able to execute the exact stroke prescribed by the designer. The holes are far too penal for public play, and even for tournament professionals it can be so uncomfortable as to prevent them from producing outstanding golf. Le Golf National may appeal to some because of its superior turf, water and penal hazards, but this is not a course that French golfers ought to feel overly proud of - especially given the number of excellent older courses in and around Paris.

Setting the tone, the opening holes are nonstrategic and penal. On the 1st hole you hit away from water in order to set up the best line into a tiny waterside green that many people simply won't be able to hit - for such golfers its a reload hole and a frustrating start. The same is true of the 2nd and several holes later on. Many of the fairways are narrowed artificially to prevent long hitters using their driver, but worse the narrowing continues between landing areas and green sites, further tormenting those unable to reach par four or par five greens in regulation.

Although the shaping is mostly decent, it's largely made up of symmetrical mounds that were built to provide amphitheater style viewing areas around the fairways and greens. Unfortunately there are some crazy long walks between greens and tees, the routing not really fitting comfortably onto the property and the arrangement of holes seemingly determined by a set formula rather than what made sense on the particular site.

With bunkers hidden in rough areas, water everywhere and trees through the middle of some fairways, the home of French golf was a disappointing place to golf when we visited in 2004. No doubt the course could be improved considerably with some sensible redesign work, which may or may not have taken place prior to the 2018 Ryder Cup.

Footnote: Regardless of the above, Le Golf National proved a tremendous Ryder Cup venue in 2018 thanks largely to the penal, dramatic nature of its holes and the incredible atmosphere created by thousands of cheering fans – perhaps further proving that in the modern game the difference between a great course and a great venue can be enormous. 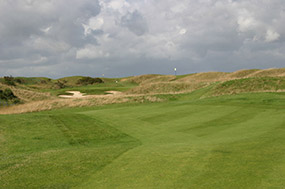 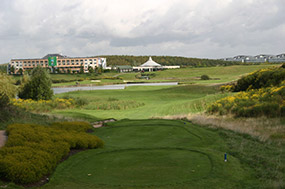 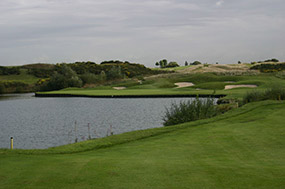