Both courses at the Blue Canyon Country Club on Thailand's Phuket island were designed by a Japanese designer, Yoshikazo Kato, who clearly understood his target market well - if not the principals of sound and strategic golf design. The Canyon Course is the centerpiece of this impressive resort having hosted many significant events during its history. It's a flawed test, however, with some great natural features including deep, gnarly canyon areas and freshwater lakes, but the design is so basic and anti-strategic that it's hard for seasoned golfers to get overly enthused about its quality.

The site at Blue Canyon was originally a tin mine, the remnant canyons incorporated into both the Canyon and Lake courses. Architect Kato used these features to create a series of heroic dogleg holes around danger, these tests exciting for weaker hitters but often a cinch for good players who rarely have to answer any genuine strategic questions about where to hit or what club to take. One notable example is the famed 13th hole, which bends hard right around a canyon. The trouble with this hole is how narrow the layup zone is and how wide open the path to the green for those able to bomb the ball over the hazard. This is truly one of the rarest holes in golf, one where smashing driver up near the green is a much easier shot than taking an iron and laying back in the fairway. Even on holes were there are massive long black tees the challenge is compromised, because the added length virtually prevents any good player for choosing an aggressive play.

The Lakes Course is even less exciting for good players, but more severe for the weaker hitters. Water is in play everywhere, and often cuts right across the fairway causing any drive not struck well to be lost in the hazards. Again longer hitters have a massive advantage at times by being able to blast over trouble and into the wider landing areas. The routing here gets very muddled and claustrophobic, with some poor shaping and issues with the construction of bunkers and path areas further frustrating. It is hard to know what to make of the design of the Lakes course; it's poor but perhaps Kato's brief was ensure Asian golfers lost as many balls as possible!

Blue Canyon, and Phuket in general, is a nice place to visit. Despite some celebrity, those heading off to tackle the famous Canyon Course should be aware that it's a better course to look at than play. 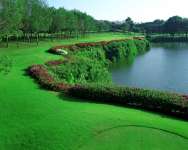 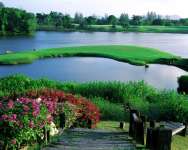 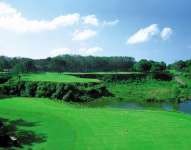 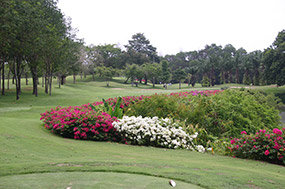 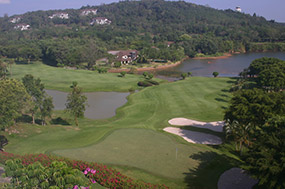