The careers of many golf course architects can be defined by a single golf project. Whether their first, their best or the course that thrust them into the global spotlight, there is usually one layout most easily recalled when a certain designer is mentioned by name. So it was with David McLay Kidd, at least until the opening of the Gamble Sands course in 2014.

Prior to Gamble, Kidd’s career was inextricably linked with Bandon Dunes, for a variety of reasons. First was the fact that the project had launched his otherwise anonymous design career. Bandon also represented Kidd’s professional zenith, and the disappointment many have had with his subsequent design work. No architect had deviated more from the elements that made his best course so popular than Kidd. From the inviting playability and fun of Bandon, we were introduced to a series of staunchly defended torture tests that many found almost unlovable. The criticism wasn’t lost on Kidd, who responded by producing about the most user-friendly golf experience imaginable, at Gamble Sands.

Set atop a sandy plateau near the central Washington town of Brewster, Gamble Sands overlooks the Columbia River and was developed by a prominent fruit growing family from the local Okanogan Valley. Though it boasts an ideal climate for the game, this part of the Pacific Northwest lacks for quality golf and is largely off radar for intrepid golfers looking to escape with their clubs. Kidd knew that for a public access course in such a region to work, it would need a hook. That hook here was playability, on a scale not before seen in America.

Gamble Sands might have the biggest fairways in the US. It almost certainly has the biggest bunkers and, behind Old Macdonald in Oregon, some of the largest greens. All told there is a staggering 115 acres of turf to maintain across the property, as well as 15 acres of sand. Like most of Kidd’s courses, the holes are attractively built and nice to look at – but they are also great fun to play. This is chiefly because of the width. There is so much room in the fairways that golfers are able to open their shoulders and blast away without the risk of lost balls or impossible recovery shots.

Kidd is on record saying that his hope at Gamble is for golfers to shoot their best score and to have so many birdie looks that they long to return time and again. His course isn’t short, but peripheral areas are shaped to kick stray balls away from trouble and the greens are so receptive that you would need to play quite poorly in order to struggle with your scoring. Interestingly, though the targets are enormous and heavily shaped, once within the pinable zones most of the putts are flat.

Aside from the general design ambience, the stylish green-to-tee transitions and overall walkability of the routing, the most memorable aspect of Gamble is individual highlight holes such as the 3rd, 5th, 6th, 10th and 17th. In each instance the golfer gets to hit an exciting shot into a vast target area, with contours constructed to help feed them toward pin locations. The short par four 2nd and long par three 6th both encourage golfers to launch balls out to the right and use sloping ground to kick nearer the hole. The view across the 2nd hole toward the river is spectacular.

Elsewhere, the 15th and 17th stand out as exceptional long par fours and the most strategic holes for better golfers. The par fives are generally fun, and of the shorter holes both the 4th and 10th are blessed with gorgeous bunkering and undulating green sites. The 4th green is so long and its approach area so smooth that it’s feasible for front tee players to actually putt from the tee, rather than select an iron.

While there is no doubt that some will find Gamble Sands too generous, for the majority who golf here it’s likely to be a joyful experience. Birdies and birdie putts are always fun. We do have some concerns about the cost and sustainability of upkeep and maintenance given the huge playing areas, but if enough people visit and pay their green fees then these things will take care of themselves.

Given how far Kidd had fallen from his playable golfing roots post-Bandon Dunes, the correction at Gamble Sands is both dramatic and very welcome. Clearly repentant for what he appears to acknowledge were earlier design failures, it feels like a line in the sand has been drawn. In that sense this might just be as important a project for Kidd’s career as his famous Oregon masterpiece. 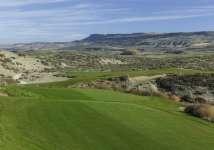 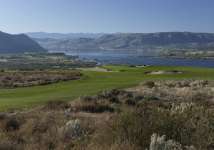