Owner of the most valuable golf real estate in America, the Los Angeles Country Club is located in the heart of Beverly Hills and significant in golfing circles for its North Course, which was redesigned by member George Thomas in 1927. An amateur architect from Philadelphia, Thomas moved to California in 1920 and helped supervise Herbert Fowler’s initial renovations of the club’s two courses the following year. His later work at Riviera and Bel-Air made him the hottest designer on the West Coast, and he was soon able to convince his home club to allow him to update Fowler’s design, starting with the North Course.

Thomas’s main issues with the existing course were the lack of strategic play and the fact that holes didn’t properly utilize the land’s natural golf topography. Although he kept much of Fowler’s routing, Thomas designed four entirely new holes and, with shaper William Bell, added great variety and flair by rebuilding each of the greens and replacing the straight-lined bunkers with more irregular shapes. He also came up with the radical concept of building a course within a course, designing his holes with great elasticity so that a change of tee or flag location could affect the character, or even the par, of an individual hole.

With the reopening of the North Course, Thomas elevated parkland golf on the West Coast to a new level, his layout flowing beautifully across the pronounced ground contours and featuring one distinctive hole after another. Though the core of his course survived largely intact, a number of holes were lengthened during the 1960s and his bunkers and features formalized over time. Thankfully a restoration program undertaken by Gil Hanse, and completed in 2010, managed to return the design to Thomas’s original intent and, mercifully, reverse the slow deterioration of Bell’s incredible green and bunker shapes. One of the chief beneficiaries was the harrowing short par four 6th, once neutered by tree encroachment and penal changes to its small green and skinny approach area.

Although the front nine is more compact than the back, there is a renewed cohesion across the entire property and wonderful holes dotted throughout the round. As is the case on other Thomas courses, players are continually confronted by interesting golf decisions and outstanding examples of strategic design. The use of ravines, ridges and a large sandy wash running across the site is exceptional. There are a couple of holes where natural contours are no longer in play for the longer hitters, but the layout remains relevant because its bunkers are expertly located and the putting surfaces place such a great premium on quality approach play. The par threes are particularly good: The 7th and reverse-Redan-shaped 11th are longer holes cleverly shaped to allow well-struck balls to chase toward tight flags, while both the 9th and 15th are shorter but feature exquisitely built green sites with some truly treacherous pin locations. The two-shot holes are also challenging and diverse, from the wildly undulating 3rd and crested 5th through to the stretch of strong, well-bunkered par fours that close the round.

Interestingly, George Thomas regarded this as his finest piece of work, yet he fully expected the better designs of his generation to be quickly surpassed by modern golf architects. That hasn’t happened in this state, and thanks to a strong routing and the sensitive restoration of its wonderful old design, the North Course at LA Country Club remains one of California’s best. 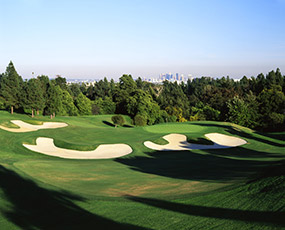 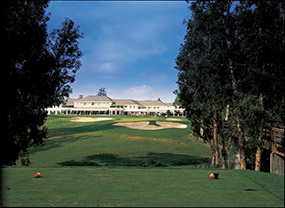