Set directly adjacent the secluded waters of Chan May Bay in central Vietnam, the golf course at Laguna Lang Co is part of a luxurious 280-hectare resort development and was originally designed by Paul Jansen, a former associate of Sir Nick Faldo. Since opening in 2012, Faldo has taken a more active role in design at Laguna Lang Co and worked closely with senior management to clear trees and refine several important areas.

One of the sternest tests in all of Asia, Laguna is essentially arranged in a large loop with holes set across sandy scrublands, along winding streams and through heavily vegetated forested areas. Although the 9th hole gets nearest the ocean, and plays alongside its beach, mostly the golf here is built away from the water, but none the poorer for it. In fact, Laguna is one of several courses in Vietnam with the potential to be the country’s undisputed top track, and that’s largely because the routing doesn’t double back on itself nor squeeze through any significant residential development. It’s an intimate arrangement with inward and outward holes often in close proximity, yet blessed with a real sense of privacy. The routing provides for the principal appeal of the course, which is undoubtedly the variety of holes and the variety of landforms and outlooks.

Routing aside, the key talking point at Laguna Golf are the greens and bunkers. There are acres of sand traps across the course. Some bunkers are small and located within internal playing zones but most traps are vast and either framing a particular shot or set to make holes more intimidating. Critics might suggest bunkers are too dominant on the shorter par fours and par fives, and often simplify the playing strategy down to merely trying to avoid the sand. They are clearly more troublesome for average golfers than for elite players.

By contrast, the greens are a fierce challenge for all and not only small but built with sharp tiers and ridges defining very specific quadrants or sections of pinable space. Each of the 6th, 7th, 11th, 12th, 14th and 16th are attractive holes but with brutal greens that generally divert decent shots away into tricky collection areas.

Beyond the sheer volume of sand and the difficulty of the small putting targets, the most memorable aspect of your round at Laguna Lang Co are the par threes. Each of the short holes is a genuine talking point. The 5th features some of the most unusual shaping on the course, it’s shallow green set on a ridge and positioned between a series of pop-up volcanic mounds. The 8th is a gorgeous hole played toward the bay, and across an enormous waste bunker to another challenging, angled green.

On the back nine the 11th is the standout short hole, despite its green being far too severe for the average amateur. The appeal here is not the challenge of the putting shapes, but the beauty of a green set at the base of a rocky rainforest. The final par three is the toughest, the 14th almost certain to be softened at some point in the future given its 200 plus yards are defended by semi-blindness, a deep bunker, trees and a skinny push-up green whose front rejects all bar the most precise bouncing approach. The majority of pars here surely involve a chip-in or a single putt.

Of the longer holes, highlights include the beachside 9th, the multi-route 10th and long, sandy 17th, which for most amateurs will play as a four-and-a-half par. The three-shot closing hole is also worthy of note, for its abundant bunkering and a smart green site directly beneath the clubhouse.

Conveniently wedged between the historic former capital of Hue and the rapidly developing port city of Danang, Laguna Lang Co is a sophisticated development and its golf course well above average for this part of the world. For golfers visiting the central coast area it is an essential addition to the itinerary and a fun part of the world to discover. The beach itself is pristine and was apparently once popular with Vietnamese royalty. For those with time, we recommend taking the coastal Hải Vân Pass from Danang, rather than the modern tunnel. The views, and the experience of dodging motorcyclists along the legendary mountain pass road, are every bit as memorable as the golf. 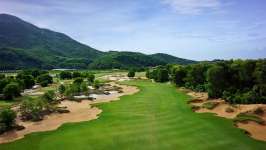 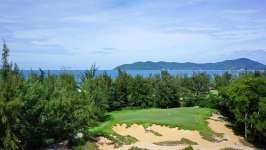 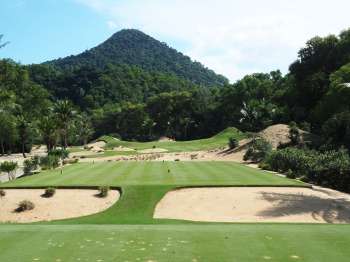 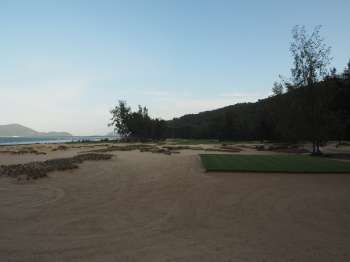 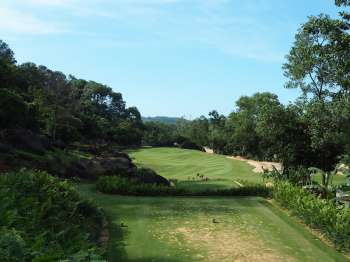